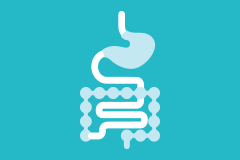 Inflammatory Bowel Disease in 2017: Innovations and the Future

Do you want the good news first, or the bad? We’ll start with the bad: The number of those affected with irritable bowel disease (IBD) is still growing. In the United States, approximately 1.6 million Americans currently have IBD, an increase of about 200,000 since 2011.* As many as 70,000 new cases of IBD are diagnosed each year.*

What’s even worse is there may be as many as 80,000 children suffering from Crohn’s disease of ulcerative colitis.* Genetic and environmental studies in this country around the world answer some questions, only to see new ones rise. Risk factors and gene-environment interactions differ so greatly across the United States and many other industrialized countries that there is no sure-fire study to explain why the increase in cases of IBD seems to be on the rise. Still, this did not discourage Dr. Ng and Dr. Kaplan, of the American Gastroenterological Association (AGA), two leading physicians in the field of gastroenterology (GI). Here, we finally get to the good news.

What’s being done about IBD?

Dr. Ng and Dr. Kaplan, with innovative therapeutic inventions, have a goal of cutting the incidence of IBD by half by the year 2032. Possible? We think so. In the field of GI, it is generally accepted that the key mechanism in the pathogenesis of Crohn’s disease and ulcerative colitis is the lack of immune response to commensal microbiota in a genetically susceptible host. Recently, Gastroenterology Associates of New Jersey (GANJ) has broken down the door to their latest initiative: genomic testing. The testing for genetically susceptible hosts would go a long way in helping physicians and patients understand when, how and why IBD is present. From there, follow-up treatments specified to each individual patient can be administered, and remission can safely begin.

Join the Fight Against IBD

The Crohn’s & Colitis Foundation of America (CCFA)—different from the ongoing efforts of the AGA—is dedicated to finding better treatments and cures for these devastating diseases. With your help, they can continue their own vital research, make faster progress in the fight against IBD and give hope to those struggling. Donate today to help win the battle against this debilitating condition.

For more information about IBD or to schedule an appointment with one of our specialists, contact us today.