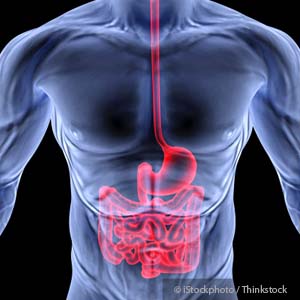 Nature vs. Nurture: The Microbes in Your Gut

The age old argument of nature vs nurture may have taken an unexpected turn, as microbiologists discovered that in fact genetics may player a bigger part for which microbes live in your gut than your lifestyle.  “We set out to find out about human genes that are implicated in the regulation of the gut microbiome, and we found some that are," said senior study author Ruth Ley, an associate professor in the department of microbiology at Cornell University, in Ithaca, N.Y.” The article on www.webmd.com continues by saying the researchers found a link between the LCT gene, involved in making the enzyme that helps the body digest dairy products, and the type of microorganism called Bifidobacterium, which is commonly used in probiotics.

"Based on our research, we identified more than a dozen microbes with known links to health that are heritable," Ley said. "These microorganisms are environmentally acquired, but the genome also plays a part -- by determining which microorganisms are more dominant than others."

Some of the other genes involved were related to diet, preference, metabolism and immune defense, the researchers said.

The findings were published May 11 in the journal Cell Host & Microbe. "The overall numbers in this study were still small for genome-wide association analysis, but they help validate some of the findings we've seen in smaller studies," Ley said in a journal news release. In the past, dietitians and physicians alike promoted healthy eating and probiotics to combat the “bad” organisms living in the gut. Conditions attributed to unhealthy bacteria in the digestive tract include: IBS, constipation, diarrhea, bladder infections, vitamin B deficiencies and more. A report such as this sheds light on a new theory, that even when good lifestyle habits and healthy eating  is achieved, unhealthy gut bacteria may be present genetically. At the very least, this opens up a new case of studies which are sure to be conducted in the near future.

To read the full article: http://www.webmd.com/digestive-disorders/news/20160511/dna-may-affect-what-bugs-reside-in-your-gut